Unless you’ve been living under a rock, it’s been pretty hard to avoid any coverage of Spare by Prince Harry.

Finally able to tell his own story, Spare by Prince Harry offers an honest and often brutal insight into the life of one of the most recognisable men on the planet.

Youngest son of the late Princess Diana and the now King Charles III, Harry has led a colourful life to say the least.

Harry’s face has been plastered on the front of tabloids all his life, but since meeting Meghan Markle, the press seemed to become particularly cruel and vitriolic.

Prince Harry claims that Spare is the opportunity to finally tell his story in full. From the death of his mother, to his time as a soldier, from that Nazi costume, to meeting Meghan, Harry promises this will be the truth behind the headlines.

When it comes to biographies I always prefer to listen to them, especially when they are read by the author. I find listening to the story narrated in their own voice adds a different dimension that could be lacking from reading the book.

I therefore decided to pre-order the book from Audible.

It was hard to avoid knowing the book had already been leaked a few days prior to the official release, and the British press were having a field day.

“Meghan is rude and abrasive!”

I tried to avoid the coverage as best as I could, preferring to read it for myself. I knew the press had a propensity to exaggerate or outright lie, so I decided to reserve my own judgement.

The books opens with a strained meeting between Harry and his brother and father, taken place after Prince Phillip’s funeral. It’s during this meeting that William and Charles both admit they don’t know why Harry left the UK. They genuinely don’t understand his reasoning. Harry is baffled they still don’t understand and so he goes on to offer this book is an explanation.

There’s very little detail about Harry’s younger years. It begins with the tragic death of his beloved mother, Diana. I have two boys roughly the same age as William and Harry were when Diana died and I can’t even imagine what they had to go through.

The book follows on from Harry being informed by Charles that Diana had died (“Darling boy, I’m afraid she didn’t make it”) and doesn’t shy away from any controversial moments. He talks about his time at Eton, his time in the army, his girlfriends and his family.

The media had their own idea of what the most shocking moments of the book were. I’ll admit that some of them I didn’t particularly find shocking.

Harry killing 25 Taliban during the war, for example. It was war. That’s why they were there. And no, he wasn’t bragging about it either. The quotes plastered all over the press just highlight how important context is in this situation. He was in no way glorifying what he had done.

For me the most surprising takeaway from this book was the fact William and Harry were never quite as close as we were led to believe. Even before Meghan came along, the brothers didn’t seem to be especially close. They seemed to lead very different lives. So much so that when Harry joined Eton, William requested they pretend to not know each other.

I’d always assumed the hostility between the brothers was a result of Harry and Meghan leaving the UK, but it seems there was always a level of competition and rivalry between them.

I was also shocked to hear that William had attacked Harry by grabbing him and pushing him to the floor. William always seems so calm and collected so to hear about him losing his temper with his brother was surprising.

The other shocking thing to hear about, was the lengths to which the press will go to get a story. I knew the British press were despicable. I live in a family of Liverpool football supporters, you don’t need to remind us of the dangers of printing falsehoods in the media.

However, I was surprised about the lengths to which they are allowed to go to for these stories. It’s nothing short of harassment. It was quite harrowing to hear about what Meghan had to endure, and so easy to imagine how scary it must have been while she was living alone.

I was also shocked to hear the part the royal family, and their teams, had in these stories being printed. Stories and falsehoods being planted by senior members of the royal family. I was flabbergasted. Imagine treating your own family like that, in exchange for some positive press for yourself.

Which brings me on to Prince Harry’s biggest nemesis – the British press.

Spare by Prince Harry – The Press

I’d always been aware of the unfair, biased commentary surrounding Meghan and Harry. It was so evident in the way the press pitted Kate and Meghan against each other. Kate could do no wrong, while Meghan was seemingly responsible for every catastrophe the world has ever faced. The stories were deliberately divisive and inflammatory.

I liked Harry and Meghan. I could see the majority of the headlines were pathetic, full of racist undertones and misogyny. However I remember reading the story about Princess Charlotte’s bridesmaids dress for Harry and Meghan’s wedding and how Meghan had made Kate cry. I remember reading about her being rude to staff members. I didn’t want to believe the stories, but the old phrase “there’s no smoke without fire” phrase sprang to mind.

However, since learning the truth of these stories (Kate has admitted she was the one that made Meghan cry) it’s shocking to realise how easily I was duped. And I liked Meghan! So imagine the fuel that added to the fire for those who didn’t.

Harvesters of hate Piers Morgan and Dan Wootton (amongst others) gleefully peddled these false stories while the royal family stood back and said nothing. However when a rumour was released about William’s bullying behaviour, a statement was instantly made, quashing the story. The statement even quoted Prince Harry, despite him not agreeing to it. As Harry has said himself, they were willing to lie to protect William, but not tell the truth to protect him.

The fact the British media have taken so many quotes out of context from this book, has only proven Harry’s point.

Throughout the book, Harry’s attack on the British press surpasses scathing. Harry describes ex Sun editor Rebekah Brooks “an infected pustule on the arse of humanity”. Although he never names her directly, it’s clear who he is talking about.

One person he does name is Rupert Murdoch.

Indeed, I couldn’t think of a single human being who in the 300,000-year history of the species who’d done more collective damage to our sense of reality

Well he’s not wrong! And many, many, people agree with him, but would be too scared to say as such.

Harry’s attacks of the press are obviously fuelled by anger but to me this anger is completely justified when both your mother and your wife have been hounded by the press.

Spare by Prince Harry – My Opinion

I did really enjoy listening to Spare read by Prince Harry. His narrative was warm and engaging and I enjoyed the wittier moments that were scattered amongst the more poignant ones.

I liked how openly he talked about his mental health struggles, including his anxiety and panic attacks.

I found that despite highlighting their flaws, and their obsession with how they are perceived, Harry does in fact love his family. He often spoke of King Charles in particular with such warmth and affection which is saddening when you consider the situation they are now in.

I guess it all comes down to whether you believe Harry or not.

I do believe him.

Many people complain that Harry is being bitter. Well, yes he is bitter. Evidently! But with good reason.

I do feel however, that many people have already made their minds up about Meghan and Harry. Those who don’t like them, probably won’t change their mind, whether they decide to read the book or not. In all likelihood they’re more likely to read the out of context sensationalised quotes printed in the media.

Hopefully Harry can get some sort of closure from the release of this book.

However, if nothing else, judging from the huge unprecedented sales of the book, we can safely say he no longer needs to worry about funding his security! 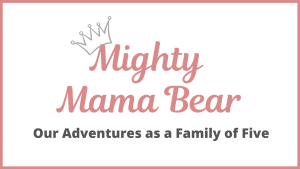